SceniCorp is proud to be part of the amazing
AOL Block Party produced by Barkley-Kalpak Agency. 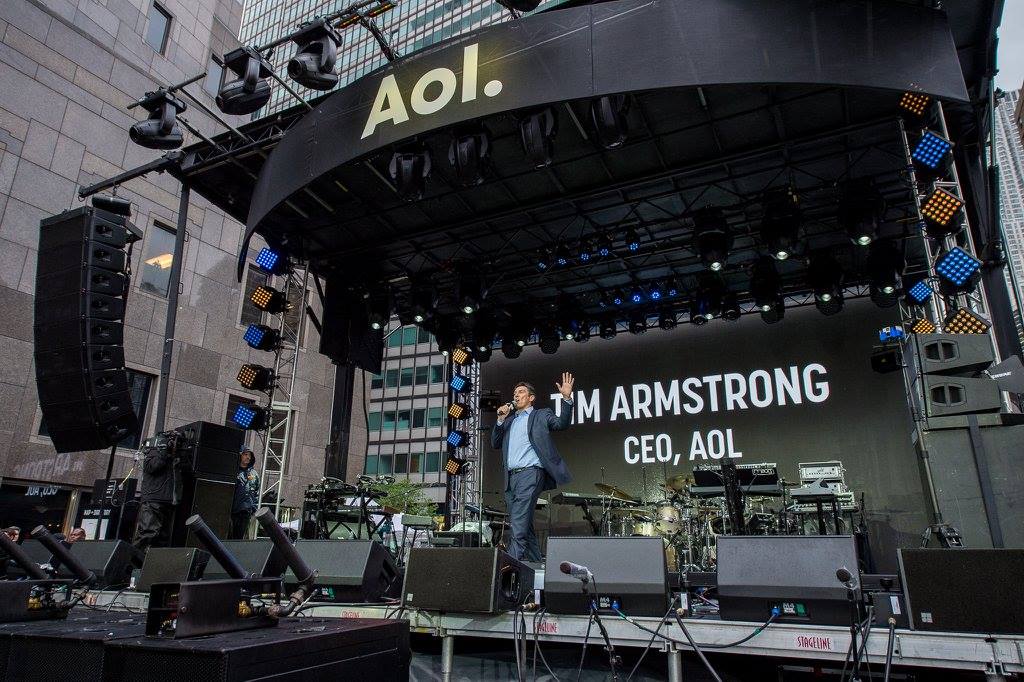 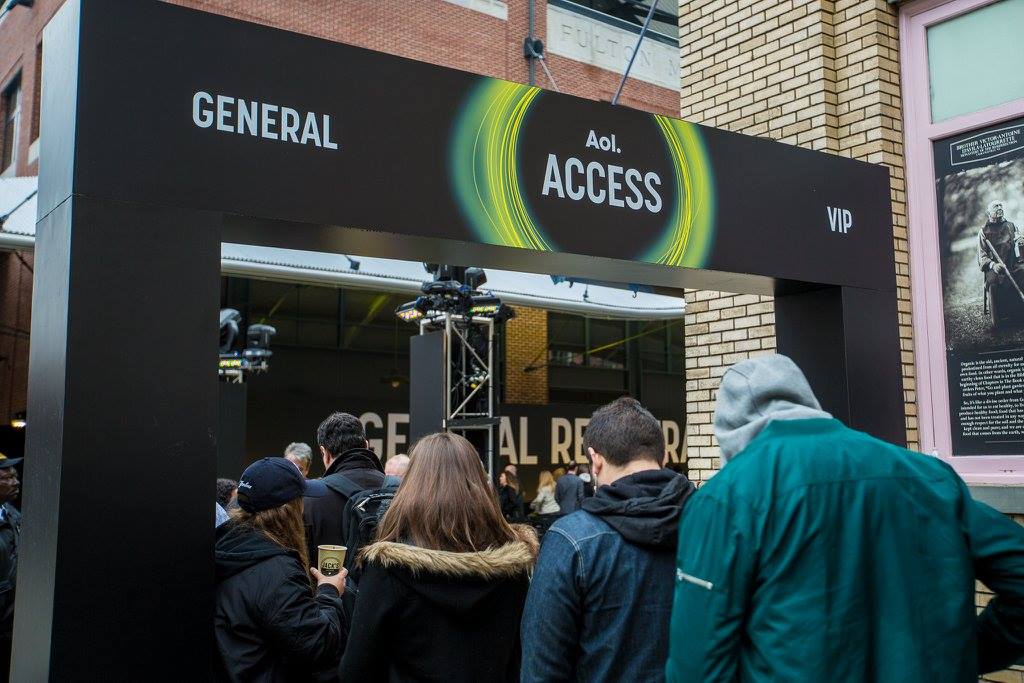 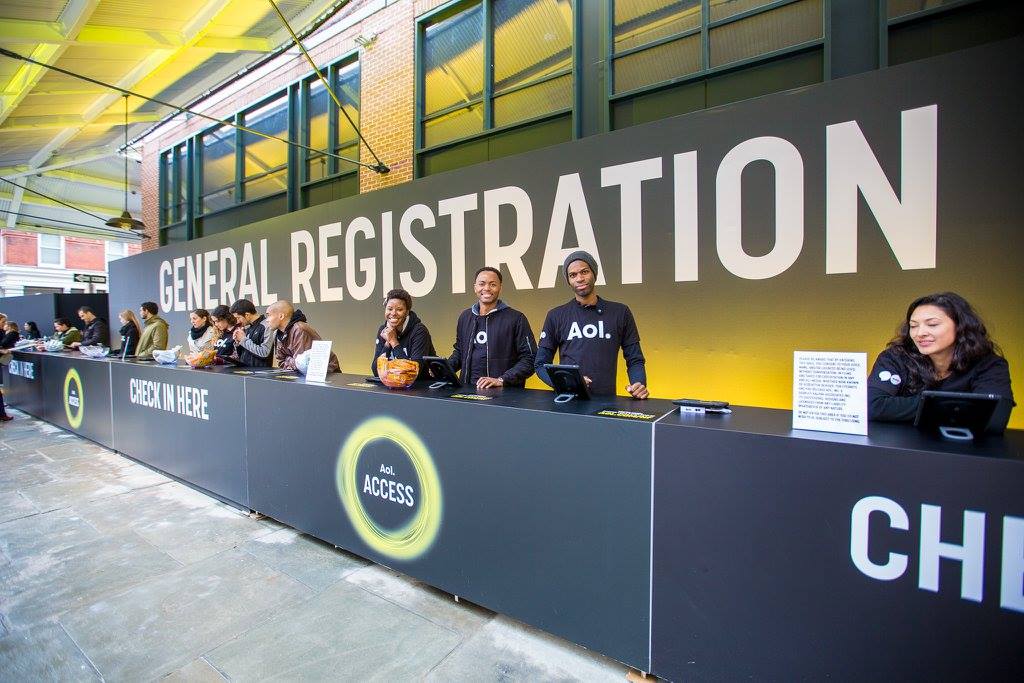 AOL has forever changed the definition of the block party. They shut down four blocks in Manhattan to create a 21st Century combination street fair and huge block party. The cobblestone streets of South Street Seaport were lined with interactive pop-ups packed with photobooths, giveaways, virtual reality experiences, DJ lessons and drone racing.

For a while, it looked like the AOL Block Party would be at the mercy of Mother Nature, fortunately, the rain held off.
A big concert stage was set up at one end of Fulton St., with a basketball contest at the other end.

You could fly drones at the TechCrunch booth, throw around a football, or get tips on sleep from Arianna Huffington.
AOL unleashed a night of live appearances and surprise performances by the hottest names in music and sports. 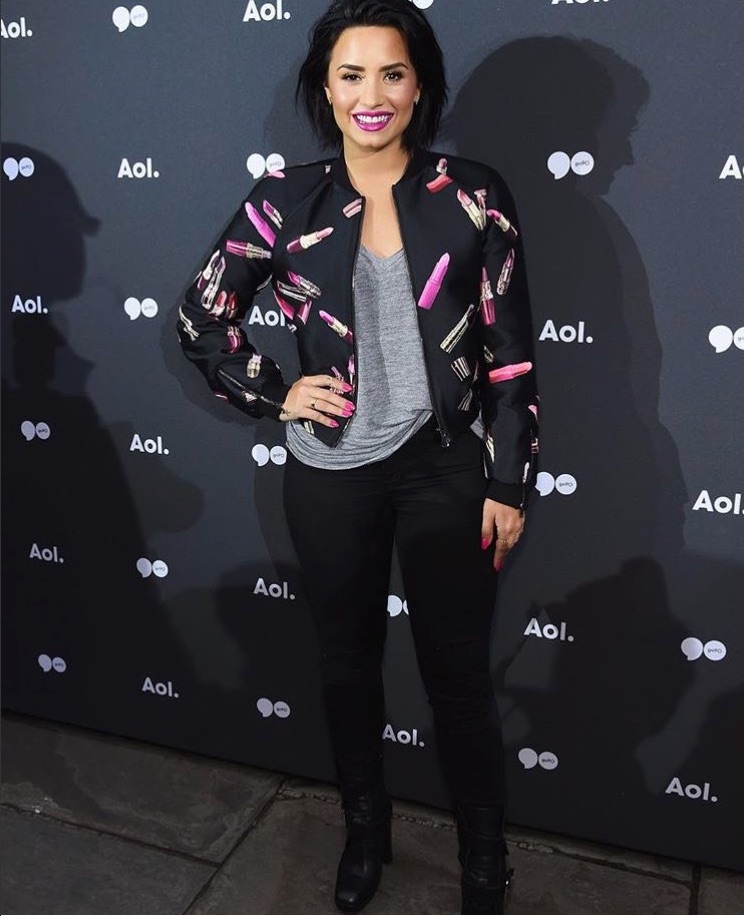 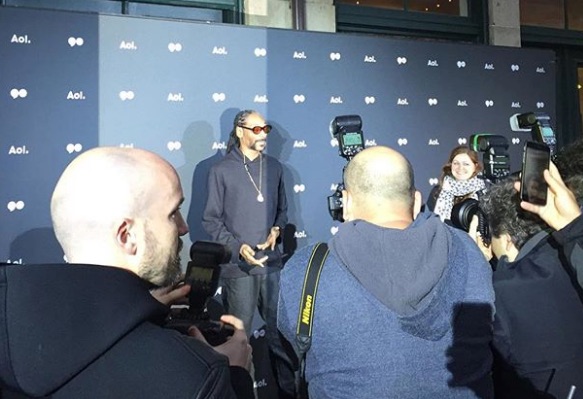 Years and Years, Demi Lovato, Snoop Dogg and Wiz Khalifa put on a fun performance on the big Fulton Street stage that wowed the crowd. As for the crowd size, some reports estimate between 5,000 and 7,000 people showed up. The event was hugely ambitious and beautifully executed by the Barklay-Kalpak agency.

Tags:
Back to Top
Recent Posts

We're not around right now. But you can send us an email and we'll get back to you, asap.